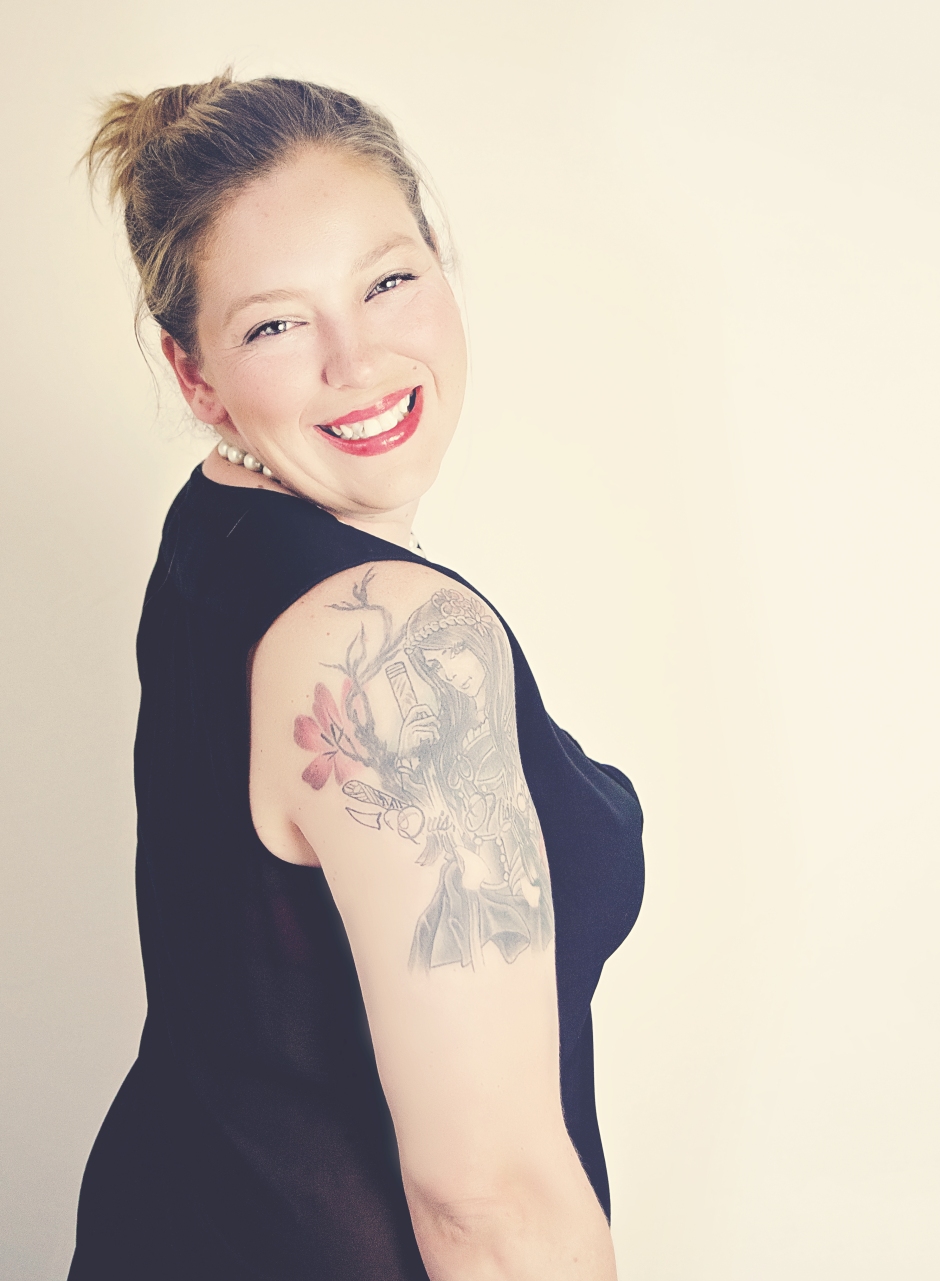 Quick, does anyone remember Ally Mcbeal….. I used to love that show when I was younger and they have re-runs now!

Does anyone remember that guy Fish that had a wattle fetish? You know, the loose skin that’s on a woman’s neck. Guess what, if you have that fetish, no woman is going to appreciate you pointing it out.  In fact, my third most requested thing (after will you make my ass bigger or my waist smaller) is can you remove my double chin?

Actually, that would be a HUGE pain in the petunia to do in Photoshop and I would charge you extra and really I tend to notice it when I’m posing clients before I press the shutter and adjust them.  So let me give you my tricks to banishing the DOUBLE CHIN (there was an echo after that) for when you take selfies or someone else breaks out their cell phone and points it at you! DO AT LEAST ONE OF THESE THREE EASY THINGS.

#1 REALLY EASY THING TO DO

STOP FACING THE CAMERA HEAD ON AND BEND SOMETHING! I repeat stop turning your body and head towards the camera at the same angle with your hands at your side. If you have a joint (no not that kind) then bend and move it.  I suggest shifting your body because your body facing the camera also causes you to appear wider and lord help you if you’re wearing stripes.

Now in this one I am still slightly canted. In case you’re wondering, I was looking in the mirror at my “wattle” while preparing for a client consultation when inspiration hit for this post.  This time I wasn’t driving when inspiration hit so I didn’t put anyone else in danger!

You will hear me tell you this when we begin your session, then you’ll promptly forget and hear me repeating it over and over again.  Why?  BECAUSE this is the #1 thing that banishes the DOUBLE CHIN (echo again).

Sticking your head out and putting your chin down feels a little awkward but it’s only until the photo is snapped.

#3 THE DREADED ABOVE EYE SELFIE

Do you know why women take selfies of themselves with the camera above their head?  (Sometimes not paying attention to what’s behind them)

Because it’s a flattering angle and one of the oldest…..help me look skinnier in photos…tricks in the book

I remember this being like the first assignment in photography school.  Perspective…everyone promptly went out and basically created an image like this.  My instructors were not impressed with our lack of creativity. (and this was before GOOGLE!)

Whatever is closest to the camera is going to look bigger and the further away the smaller it appears. Also, being above eye level gives your chin and jaw definition. Thus banishing the double chin. (Perspective is also what caused my tatas to appear ginormous in those last images…. they were the closest thing to the camera)

So, when someone whips out a camera and you’re paying attention you turn slightly to the side, tilt your head down and stick your chin out (slightly) and if the camera is higher than your eye level shift your eyes up.

Also, let me repeat my mantra.  A camera takes a 3D moment in time and spits it out in 2D.  It is not magical. You are a moving breathing person.  You don’t have to un-tag yourself from every FB image your friends post of you because when you’re out and about you don’t really look like that one photo makes you look!

Or better yet come see me. I’ll take awesome FB profile images for you. 🙂

DO YOU KNOW HOW FLIPPING HARD IT IS TO TAKE A SELFIE WITH A SAMSUNG NOTE ONE HANDED?